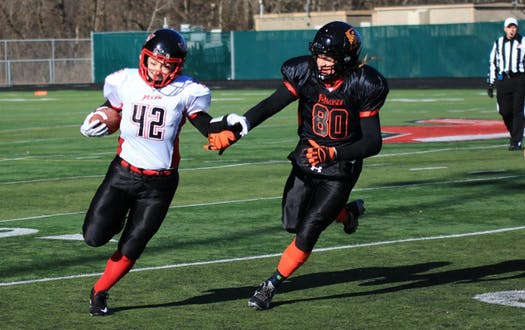 Christina Ginther thought she had found a supportive group of athletes when she joined the Minnesota Vixens in 2016. During tryouts, she was encouraged and cheered. However, when the team owners, Laura and James Brown, found out Christina was transgender, they refused to hire her.

This week, A jury in Dakota County concluded that the Minnesota Vixens, and the Independent Women’s Football League, had violated the Minnesota Human Rights Act by discriminating against Ginther. The jury awarded Ginter $20,000 for punitive damages and emotional distress.

Ginther’s attorney, Nicholas May, believes this to be the first time in Minnesota history that a jury ruled in favor of a transgender person during a business discrimination case.

“These are the discriminatory things that happen to transgender people every day,” May said. “Even these small things can create significant mental health and esteem issues for transgender people.” May further stated “It wasn’t some law professor or some politician getting up and talking about transgender rights, It’s a jury of regular folks who are saying, ‘This isn’t OK.’ That’s novel.”